Feature: Wyatt Russell Taps Into His Hollywood DNA and Makes a Splash 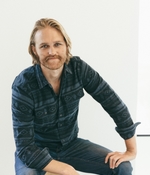 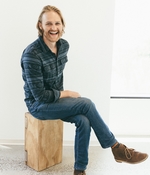 Blessed with royal Hollywood DNA — his parents are Kurt Russell and Goldie Hawn, after all — Wyatt Russell was well positioned for movie stardom. But after roles alongside his father in “Soldier” and “Escape From L.A.,” he wiped the stardust from his tender eyes and by 15 began mastering the skills to become a professional hockey player. Then injuries derailed his dreams, and he found himself back in front of the camera.

Now he’s rather perfectly cast in “Lodge 49,” a modern-day fable set in Long Beach, Calif., from the writer Jim Gavin (“Middle Men”), which debuts Aug. 6 on AMC. Mr. Russell plays Dud, a sunshine-y former surfer who lost his mojo after a snakebite in Nicaragua and his father, the owner of a pool-supply store, vanished in the Pacific — leaving a limping Dud and his sardonic twin sister, Liz (Sonya Cassidy), in debt and untethered.

Then kismet happens. After Dud discovers a ring from the Ancient and Benevolent Order of the Lynx on the beach, his car runs out of gas in front of the fraternal order’s decrepit lodge. He naturally views this as a sign. Longing for the companionship offered by the order, and mesmerized by its legend of alchemy, he embarks on a quest for the idyllic life he lost, guided by Ernie (Brent Jennings), a middle-age plumbing salesman who holds the position of Luminous Knight within the fictional order.

“There’s nothing seemingly sexy about that world,” said Mr. Russell, who last year appeared opposite Anna Kendrick in “Table 19” and Elizabeth Olsen in “Ingrid Goes West.” “But what I love about it is that life is magical if you choose to look at it that way. And Dud has that in spades, and continues to give that to others, with his spirit and his energy and his will to find the light in the dark.” [Source]